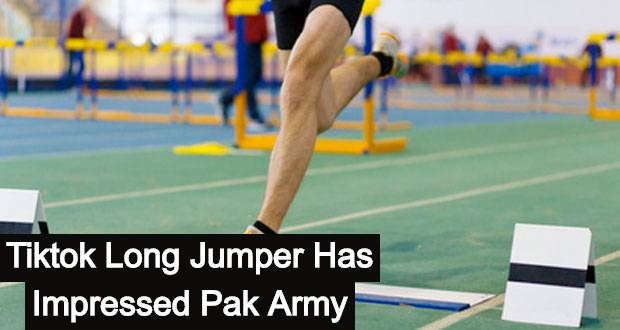 Tiktok has made so many stable influencers. It has provided platform to so many enthusiastic People. Many videos went viral. And some even got chance to further achieve status in professional life.

Tiktok sensation nowadays is Asif Magsi. He is a fisherman from Thatta. In an interview on SAMAA tv you can see that he is telling about his journey.

He do not eat something special to do the long jump. Asif just eats simple normal food. He is doing this leap from his early childhood. He is practicing all this from an early age.

Basically, the video that went viral shows that Magsi is jumping over 11 bikes. Crazy right? But its true. He started practicing the leap at a very early age. At First he started with 3 bikes. Then it went to 11 bikes.

He will go to Lahore to prepare for International Athletics. Magsi is so fearless while jumping. That American athlete Carl Lewis impressively praised him. He said that his fearless attitude will take him Far.

21 year old Magsi will Join Pakistan Athletic federation. Major general Muhammad Akram sahi retired will train him. And he will make himself stronger on the long jump.

Because Magsi is training for the world record. He is positive that he will set long jump record easily. As he was not really good at it at first.

in an interview to a talkshow he confirms about his diet and practice. he injures himself but it was not serous. A mere fisherman will now be a Long jump athelete.

Asif Magsi’s video that went viral shows that he is holding Pakistani flag. He is jumping over canals and streams. And now it was 11 bikes.

Lets see where future leads him.