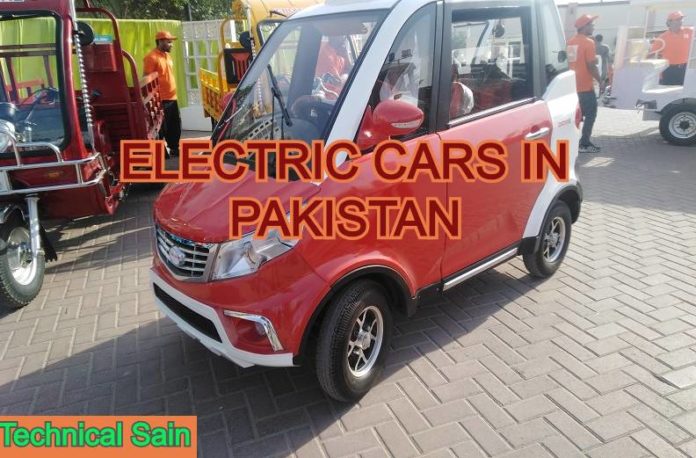 A Pakistani Company basically based in karachi has started its line of electric Car in Pakistan. This happens on Friday. The Price of the Car is 400,000 Pkr.

Crown Group is the company who is launching Electric Car in Pakistan. The company is making auto parts such as Rikshaws, Ambulances, Cars etc since 1963. This is a china based company. A joint venture with Lifan Group.

The Electric Car is worth 400,000. And this is the starting Price. Prices may vary according to the product. Crown Group is responsible for producing many environmental friendly vehicles In Pakistan.

The company is introducing three types vehicles. 1 kilometer ride will cost only 1Rs. The government of Pakistan will implement its Electric Cars Policy soon. and it will be official soon enough.

Well i think that with the increasing risk of environmental pollution and global warming, This Electric car launch is a good initiation. If these are to hit the market soon enough then it will be a great hit.

As you know the company has won so many awards because it has introduced many good and reliable automobiles.

For Those of you who don’t know the difference between electric Car and fuel Car let me help you.

Electric Car ia designed same as the fuel car. it has the same engine almost. Gearbox etc. Electric car has an electric motor. It has a large battery in it and a gear car has a piston and a petrol Tank.

Just as you refuel your fuel car, You have to charge your electric car. Just plug it at your home overnight . Well nowadays there are many plugins at shopping centers and also at some petrol stations.

So in my opinion it is a major step up for Pakistan to produce Electric cars. As we all know that modernism in technology will uplift the country to many higher ranks.

let us know in the comments about your thoughts,